Thomas Wojak is a master printer and artist who founded The W.O.R.K.S, a screen printing studio in 1972 in San Francisco. The studio specializes in limited edition work for local, national, and international artists, and works extensively with the Bay Area design and technology communities.

Over the years, his prints in the field have been honored by both the San Francisco Art Directors Guild and the New York Art Directors Association. Projects include editions for the Estate of Jerry Garcia, prints, and mixed media pieces for artists such as Carrie Mae Weems, Mayumi Oda, Primo Angeli, Larry Sultan, Steve Wolfe, Nance O’Banion, Ester Hernandez, Juana Alicia Araiza, Jordan Kantor, Tom Sachs, James Gobel and work with Peter Kuckei and a group of Berlin painters.

The graphic elements for Francis Ford Coppola’s winery and movie museum in the Napa Valley, as well as screen printed pieces for the Alcatraz Island renovations, Contemporary Jewish Museum, and SFMOMA were significant projects.

His own work, consisting of print and mixed media pieces, deals with “creating a present from the fragments of the past” and has been exhibited extensively locally, nationally, and internationally. 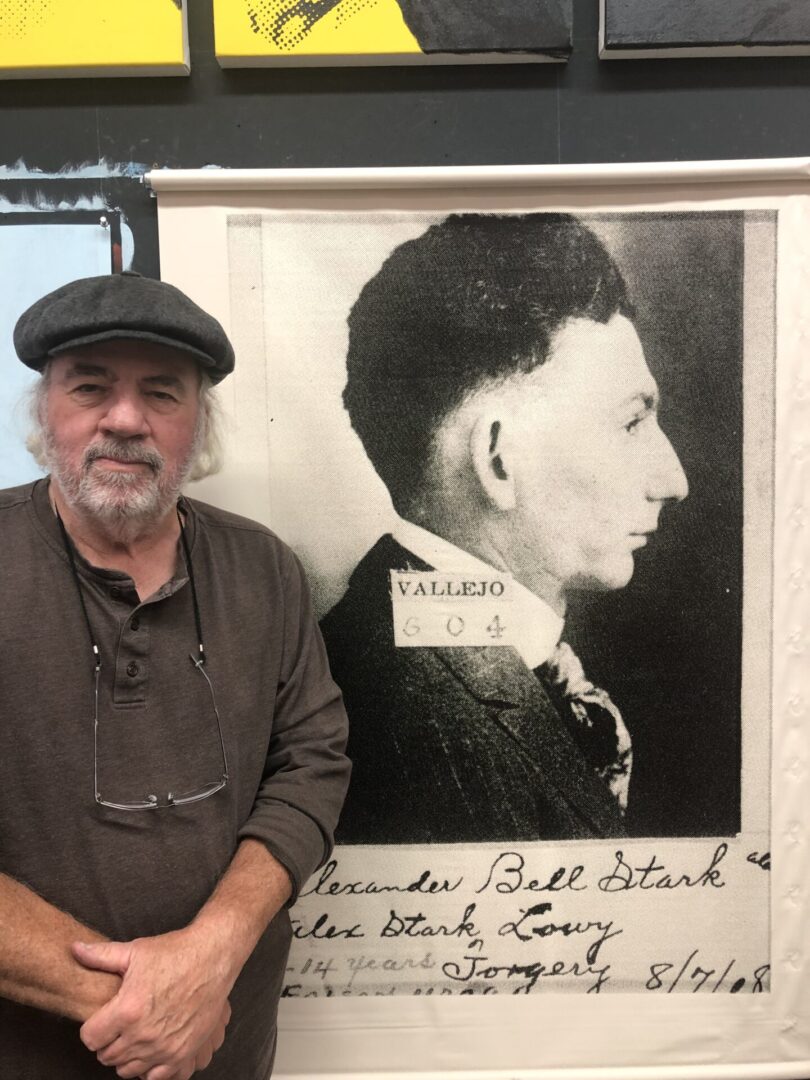 He has participated in a broad cross-section of group and invitational shows, as well as spearheading many local curatorial projects, in particular a series of shows entitled: Paper Cuts, featuring the work or all the graduate programs in the Bay Area , doing works on paper. A recent curatorial project at the Jen Tough Gallery, (Vallejo/Benicia) entitled CA inked featured many artists from the California Society of Printmakers.

He was awarded Certificates of Recognition from the California State Assembly and Senate, acknowledging his work in helping revitalize downtown Vallejo, CA. The Mayor and City Council of Vallejo appointed him to the Percent for Art Advisory Group to help craft guidelines for establishing a Public Art program in Vallejo.

In 2019, he was welcomed as an honorary member of the California Society of Printmakers.

Thomas is an Associate Professor in the printmedia program at the California College of the Arts (formerly CCAC) in Oakland, CA. Upon his recent retirement from teaching after almost 30 years, he was awarded in 2020, the status of Professor Emeritus of Printmedia.

He has also taught workshops at Kala Art Institute in Berkeley and occasionally at Penland School of Crafts in NC, and the Mendocino Art Center in Mendocino, CA. He served on the steering committee assisting in bringing the Southern Graphics Council International to San Francisco in Spring 2014.